One of the more common types of files to be infected is the .exe file, largely due to the sheer volume of these files on a computer system.

What are .exe files?

Executable files (.exe) are usually required to run an application.

A file with the .exe extension is also called an executable file, a program, or an application. These files are responsible for running various applications or programs on computer systems, and usually have resources (images and/or icons often used for navigation throughout the graphical user interface (GUI)) associated with the file as well.

How do .exe files work?

These files also have ‘routines’ that run after the program is started (file is executed). The code that makes up the routine often contains a number of different functions, which may or may not run simultaneously after the program is launched. Due to the possibility of running a number of functions or scripts with a single application launch, these files are often used to spread malware or viruses to unknowing computers.

Common types of applications that contain malware, spyware, or adware

Be careful of fake virus scans. It is best to close your browser if you happen to receive a fake virus pop-up.

As previously mentioned, .exe files can be used to quickly and easily spread malicious software on any computer system. The following applications should be considered risky as they have a greater chance of containing infectious code:

It is important to remember that not every toolbar or application contains malware. The above list is only a starting point and intended to raise awareness and alert you to frequently scan your system to decrease chances of security threats.

In the most basic sense, errors occur when the application itself cannot run properly. As .exe files are required for running most applications and programs, the failure of the file loading correctly will likely produce errors. Possible causes include:

When .exe errors are present, it is extremely important to resolve them quickly as continued usage may result in further damage and/or slowness of the machine.

Every computer contains hundreds or thousands of .exe files, and any single one of them could be the cause of an error at any point in time. The list above is a very small sample of some of the more common files that cause errors.

How to fix .exe errors

The fastest and easiest way to fix most errors is to locate the source of the error and understand the cause. This may be easier said than done. If possible, uninstalling and reinstalling the application may be necessary. If the error is caused by an unwanted or unnecessary application, it should be uninstalled and deleted as quickly as possible.

Remember, uninstalling an application may still leave files or registry entries on the computer, so a comprehensive system scan is usually suggested as well.

Finding and removing errors is one thing. However, the real goal is to prevent errors from happening and to have a fast computer that works as it should. Here are 3 steps to prevent .exe errors in the future:

Most Common .Exe Files To Have Errors

Allen Quinn, Editor
Hey everyone, Allen here. I’ve been involved in tech support roles for more than 15 years and understand the pains and frustrations associated with broken computers. It’s my goal to provide you with the help and knowledge you need to get and keep your computer in working order.

One word: Helpful! I was wondering why I kept getting this message on my screen and I cam here to see exactly what I needed to know. 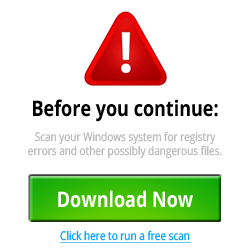